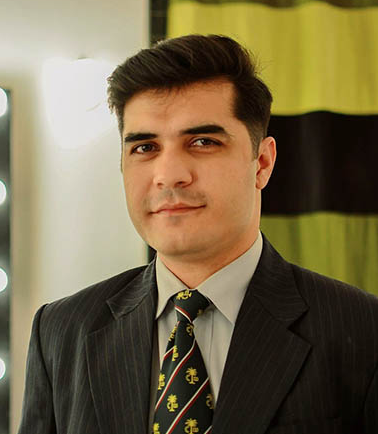 Major Ali did his schooling from Lawrence School, Lovedale, graduated from Fergusson College, Pune and is a proud alumnus of the prestigious IIM Calcutta.

He joined the Short Service Commission in the Army and was awarded a commendation card for his exceptional and meritorious service to the nation while serving with the ‘ Assam Rifles’ in the North East. Thanks to his military background, he is a sought-after Defence expert and Analyst and is invited for panel discussions on popular Indian News Channels like Aaj Tak, CNBC, CNN News18, Republic, Times Now and the like.

He enacted his first play when he was 5 years old and has been bitten by the acting bug ever since! His passion for acting has seen him play significant roles in widely acclaimed movies such as ‘Haider’, ‘Bajrangi Bhaijaan’, ‘Broken Window’, ‘ Agent Vinod’, ‘Yaara’ and web series like ‘Avrodh’. He has a huge body of work in theatre and has acted with thespians from the National School of Drama including Tom Alter and Naseer Uddin Shah. Currently, he is serving as a member of the Board of International Film Festival of Australia and is a visiting faculty at Subhash Ghai’s ‘Whistling Woods International’.

Major Ali has delivered the highest number of TEDx talks not only in India but in the world. He has been invited as a keynote speaker at various international and national platforms and has also spoken at two JOSH Talks. He has conducted numerous training sessions for corporates and students in his capacity as a Lifestyle and Wellness Coach. As a Motivational Speaker he specialises in converting one’s negatives into positives, disadvantages into advantages, liabilities into assets and weaknesses into strengths.