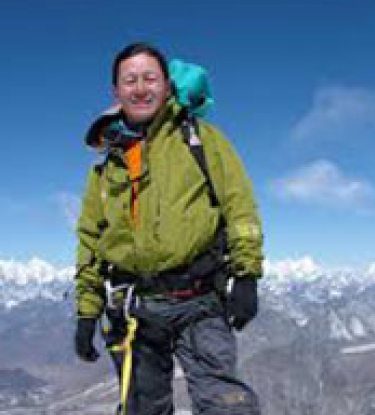 Mr. Jamling Tenzing Norgay, is the ‘Son of the Everest Pioneer’ – Tenzing Norgay – the first man to summit Mount Everest along with Sir Edmund Hillary. He chose not to did not idle in the shadow of his paternal legacy and has carved out a place in history for himself – that of a world-renowned mountaineer. In 2002 he along with Peter Hillary, son of Edmund Hillary summited Everest in a joint expedition to commemorate the 50th anniversary of the first ascent.

Jamling was the star of the awe-inspiring IMAX documentary film, ‘Everest’ in which he portrayed not only the physical challenges of the mountain but also the mental and spiritual challenges faced by the climbers. He recently entered the literary world with ‘Touching My Father’s Soul’ – a poignant reflection on his relationship with his father and his 1996 Everest ascent, which has been released in 18 languages and has become an international best seller.

He is also a successful motivational speaker and has been invited by various organisations, institutions and corporates worldwide as a keynote speaker. In his talks, he speaks about how success is dependent upon leadership, planning, confidence, apprenticeship, experience and humility – all in a measured balance.

A member of a living dynasty of climbers, with as many as 11 of his relatives summiting Mount Everest, Jamling is committed to carrying on with his ancient family profession, that of a mountain guide who leads novices and experts alike into this hazardous domain.