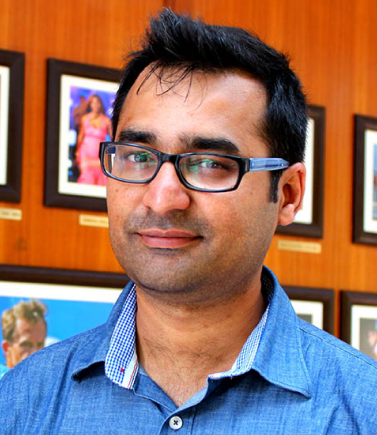 Mr. Piyush Garg is the Director at Powertek Engineering Private Limited with 17 years of experience in manufacturing and global supply chains. He has worked across India, China, Russia, CIS and parts of Europe, with Tata Motors, Gruppo Kaybee China, Haldia Petrochemicals, Roulunds Codan, ABB Singapore, and Chevron Corporation Singapore. An Engineering Graduate from BITS (Mesra) he is also a Global MBA from S P Jain School of Global Management, Singapore and Dubai, and has completed Agricultural Inputs Marketing from Indian Institute of Management (Ahmadabad).

Mr. Garg is the National Chair for Rural Initiatives (2021) and Past National Chair for Project Masoom (2020) at Young Indians (CII). He has represented India in 2017 at the G20 Young Entrepreneurs Alliance and was the Indian Delegation Leader at the Commonwealth Alliance of Young Entrepreneurs (Asia Pacific). In August 2017 he was invited by Niti Ayog to interact with the Honourable Prime Minister of India, Shri Narendra Modi for policy making initiatives under the ‘Champions of Change’.

He is Regional Mentor of Change, under Atal Innovation Mission – Niti Aayog, Govt of India for transforming education and innovation in India. He was recognized by CEO Niti Aayog, Mr. Amitabh Kant and AIM Mission Director Mr. R Ramanan, as one of the top mentors in India and as ‘Exemplary Mentor of Change’ he has been featured in ‘Gems of Mentor India’. Mr. Garg continues to make significant contributions towards Nation Building and Youth