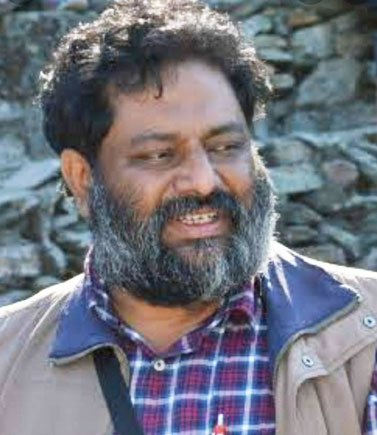 Mr Raj Basu alias Supratim Basu is known as the “Tourism Gandhi” for his in-depth knowledge in Tourism . He founded the first conservation tourism company of India, Help Tourism in 1991 and the first Tourism NGO, Association for Conservation & Tourism (ACT) in 2001.
He has worked closely on cross-border relations through tourism for more than two decades with Rural communities of East and Northeast India, along with adjoining Nepal, Bhutan, Bangladesh and Myanmar He is presently the Secretary General of Indo- Myanmar Fraternal Alliance and the Secretary General of Indo-Bhutan Friendship Association . He has organized four Indo-Nepal Friendship Meet events, three under ACT and one under CII with Tourism as the main theme. He has initiated the Asian Rural Tourism Festival at Bahundangi village in Nepal .He initiated the Pangsau Pass Winter Festival at Nampong in Arunachal Pradesh, India near the Myanmar border in 2010. He has initiated the protection of Paharpur, a UNESCO World Heritage Site in Northern Bangladesh, near the Indian border in. He is presently the Advisor, Tourism to Government of Sikkim and Advisor, Rural Tourism & Homestays to Government of Arunachal Pradesh.
As a founder of Help Tourism he has initiated several innovative actions – Poachers to Tourism in Sunderbans Tiger Reserve, Illegal Felling in Gorumara National Park, Terrorism to Tourism in Manas Tiger Reserve, Communities in Bird Hunting to Communities in Tourism at Neora Valley National Park , Loktak Lake conservation by youths through tourism in Manipur, Cross-Border conservation initiative along the Indo- Nepal border for Singalila National Park and many such community based initiatives.
He has received the award from His Majesty King Birendra Bir Bikram Shah Dev during 1998 Visit Nepal Year for his contribution towards Tourism. Help Tourism under his leadership has been awarded the “Best Adventure Travel Company on Earth” by National Geographic in 2007 .Kirloskar Vasundhara Mitra Award in 2014, “Outlook Traveller most Responsible Tour Operator” award in 2014, TOFT-Sanctuary Asia award in 2016, Conde Nast Traveler World Savers award in 2012, HSBC-TOFT Best Wildlife and Tourism Initiative award in 2010 and several regional level awards and accolades.
He has been invited by Harold Goodwin to talk about his Indian Tourism model in London, Asian Business Chamber at Berlin Town Hall on his Indian Tourism model, by Wild Asia at ITB Asia, by Singapore Management University, Tamasek University in Singapore and several Universities and Tourism forums across the world.